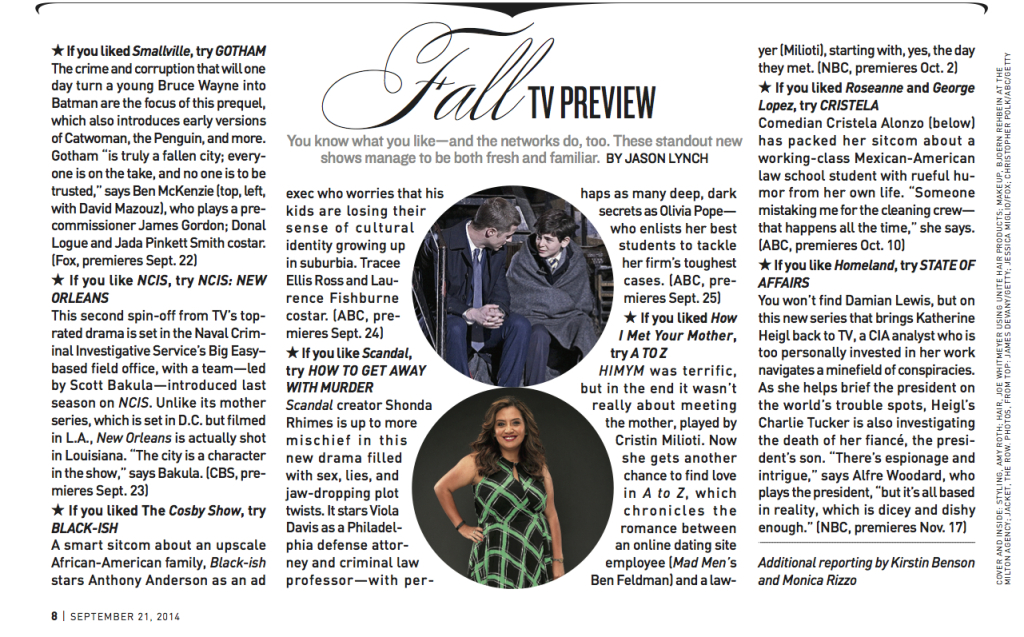 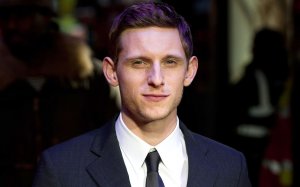 At Parade, Jamie Bell spoke with me (back at TCA winter press tour) about his new AMC Revolutionary War drama Turn, fatherhood, the hardest thing about period acting and how he avoided the usual pitfalls that plague child actors as they grow up:

“I can only speak for myself, really. I was fortunate to have a really good manager who kept me very grounded, [as well as] my family, my mom especially. I was just working all the time. I didn’t really have time to go off the rails in that way. I’m sure I did it in my teenager kind of ways, but I wasn’t publicized. I wasn’t a Disney kid, I wasn’t Bieber, I didn’t have the attention of the world on my shoulders. I did for a second and then I just went and did a bunch of work, and started to live an actor’s life. You go from one to the next to the next to the next. In that regard, I was lucky that the focus wasn’t so heavy on me. I don’t really know another way around it. Just having really good, solid people around you that you trust.” 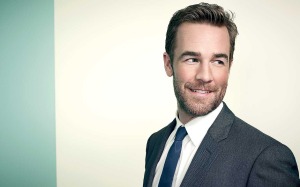 Who is “Walter Scott,” and why does he keep taking credit for my interviews? (I kid. Mostly.) At Parade, James Van Der Beek talked to me (from an interview back at TCA winter press tour) about his new CBS sitcom, Friends with Better Lives, the chances of a Dawson’s Creek reunion and what happened the last time he played a doctor on TV:

“I was in the last 10 episodes of Mercy on NBC. I came in for the last 10, and the ratings went up a tick but it wasn’t enough. The show got canceled [and] they used my picture: “James Van Der Beek’s Mercy…” and I was like, “Wait a minute! I wasn’t even in the pilot! How is this my show all of a sudden?”

James Van Der Beek on Playing an M.D. and the Chance of a ‘Dawson’s’ Reunion 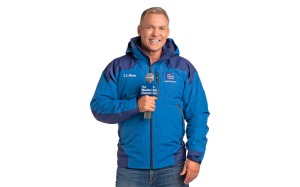 Back at TCA winter press tour, I (nope, still not “Walter Scott”) spoke with Sam Champion for this Parade story about being frenemies with Al Roker, his new Weather Channel show AMHQ and why he left Good Morning America:

If I hadn’t taken this opportunity, I’d regret it the rest of my life. I like a challenge.

Just when you though it was safe to go back in the water … there’s even more Shark Tank material! Parade has posted the video interviews I conducted with the six Sharks after the photo shoot.

In the first video, I asked them to weigh in on why Shark Tank is so popular.

In the second video, they tell me what makes a successful Shark Tank pitch.

And with that, it’s finally time for me to leave the Shark Tank. What a fantastic story this was to work on — I had a blast!

Why is Shark Tank So Popular?: The Sharks Weigh In

What Makes for a Successful Shark Tank Pitch? 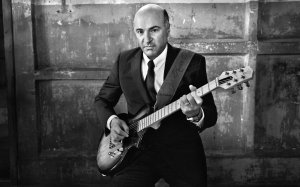 As part of my extensive Parade cover story on Shark Tank, I wrote up sidebars on each of the six Sharks, packed with info about what makes them tick. Here they are:

Shark Tank’s Lori Greiner: ‘I Don’t Pick People Who Are Just Using the Show for Publicity’

Shark Tank’s Kevin O’Leary: ‘You’ve Got to Know the Numbers—Or I Will Eviscerate You’ 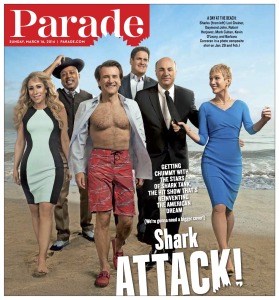 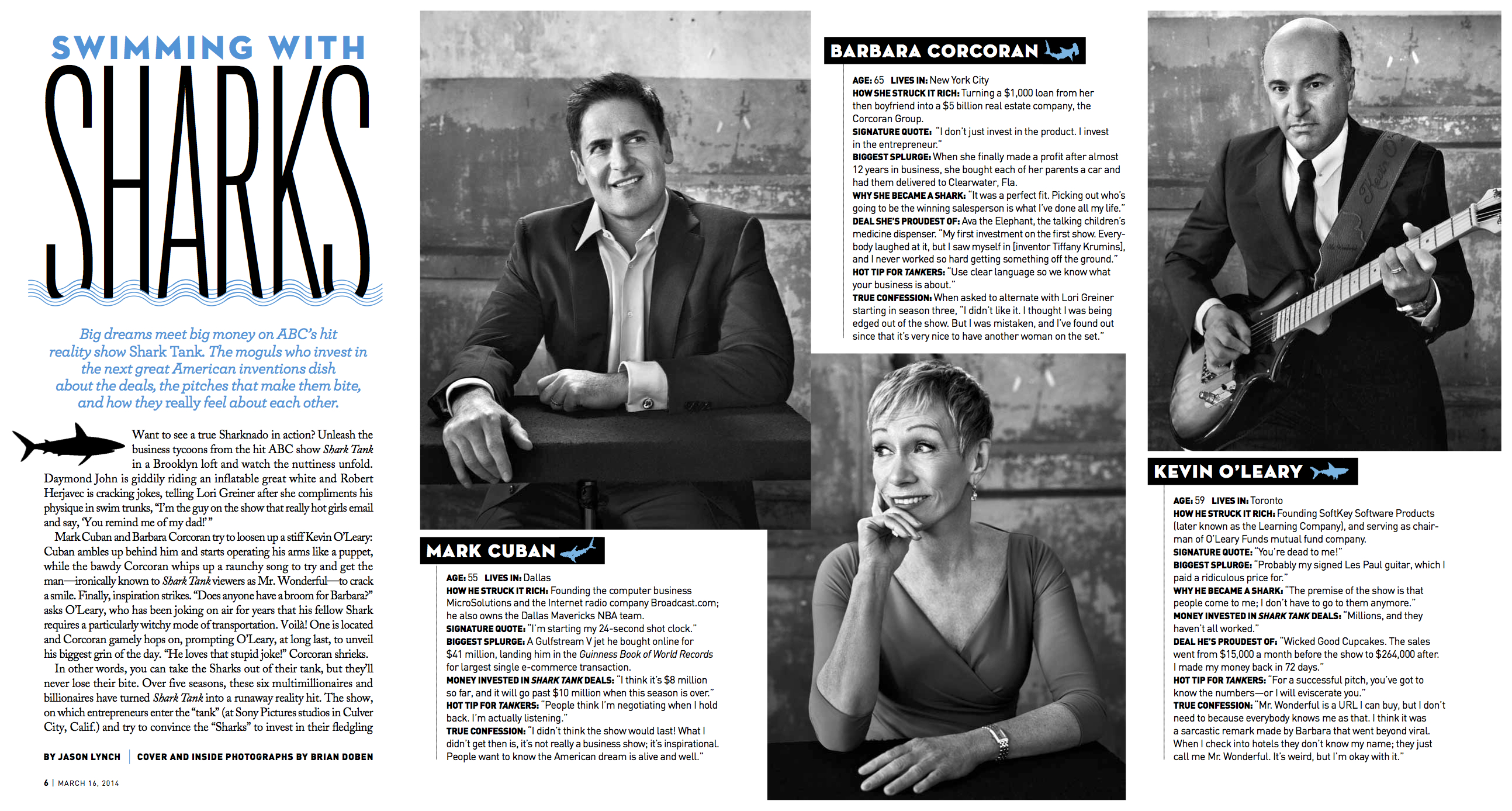 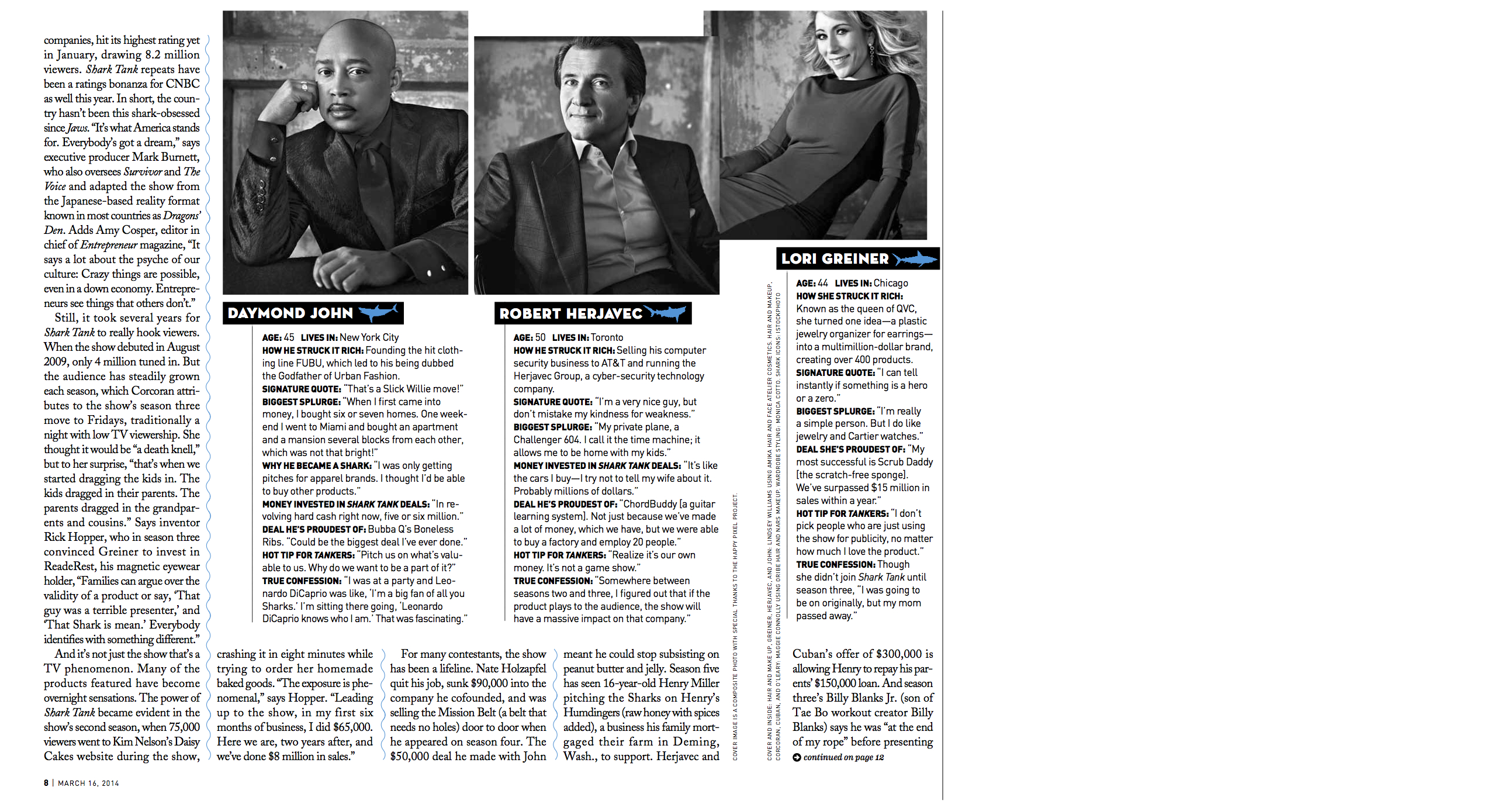 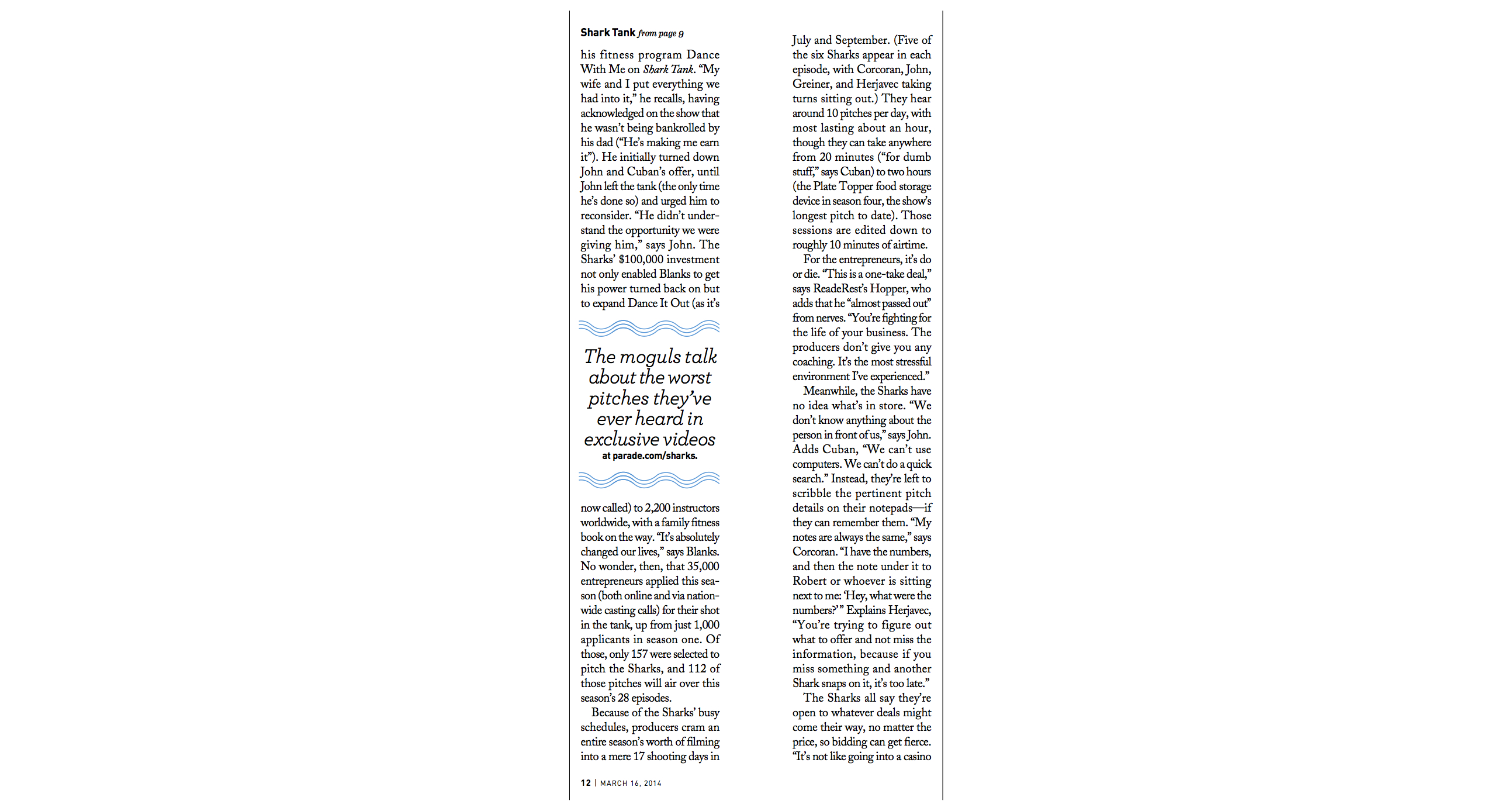 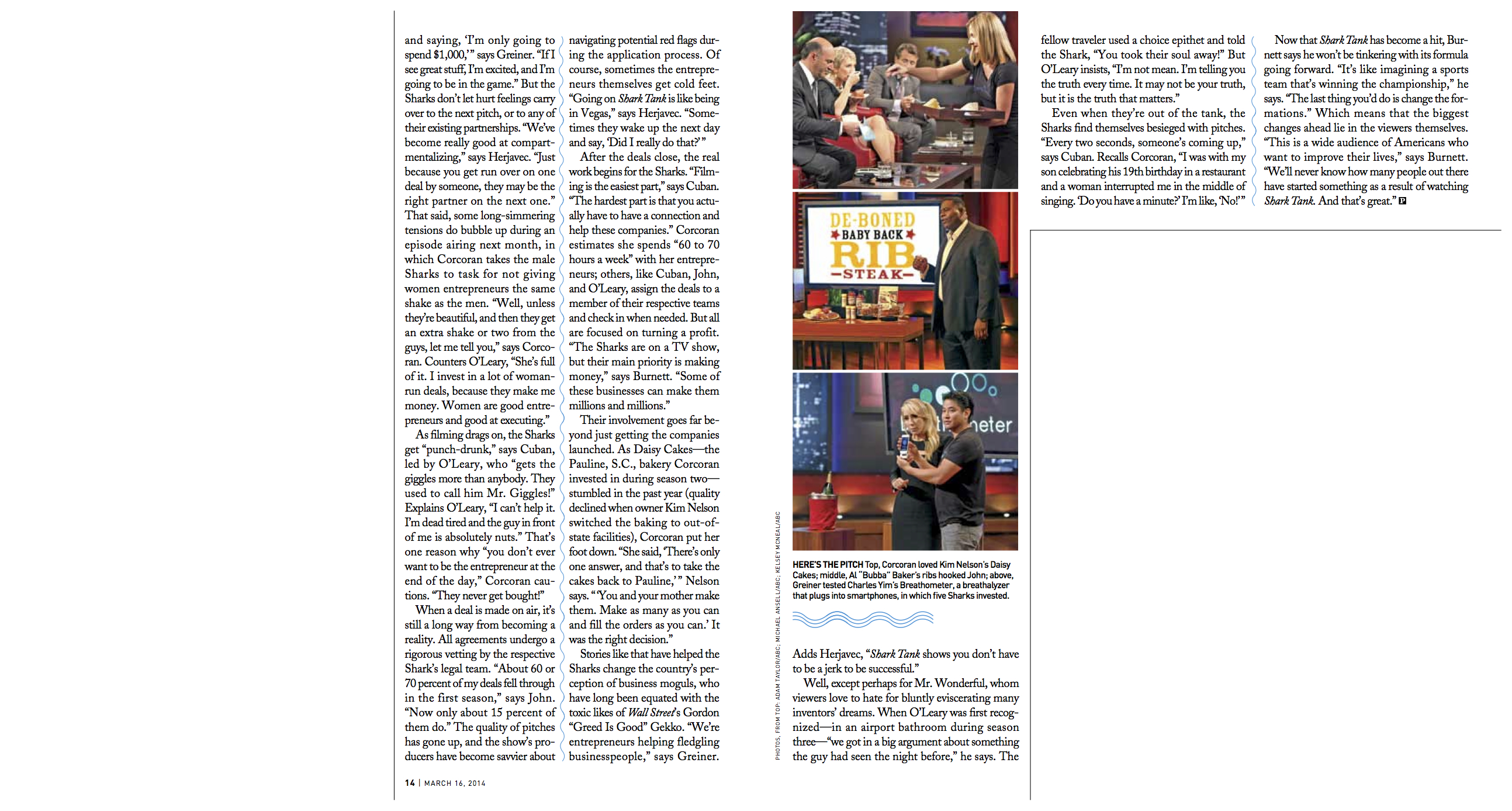 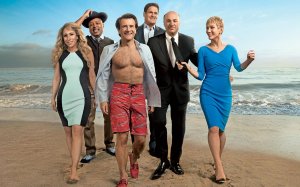 I’m so excited to finally share the mystery story I’ve spent much of the past six weeks immersed in: my latest Parade cover, on the hit ABC reality competition show Shark Tank.

I spent time with all six Sharks — Lori Greiner, Daymond John, Robert Herjavec, Mark Cuban, Kevin O’Leary and Barbara Corcoran — for the cover story. The whole thing will go online tomorrow, but Parade has posted a cover tease today, including an explanation of what happens after the Sharks close the deals they make on the show:

After the deals close, the real work begins for the Sharks. “Filming is the easiest part,” says Cuban. “The hardest part is that you actually have to have a connection and help these companies.” That fact has helped the Sharks change the country’s perception of business moguls, who have long been equated with the toxic likes of Wall Street’s Gordon “Greed Is Good” Gekko. “We’re entrepreneurs helping fledgling businesspeople,” says Greiner. Adds Herjavec, “Shark Tank shows you don’t have to be a jerk to be successful.”

Look for much more tomorrow! 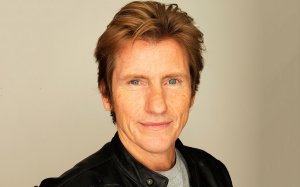 At TCA winter press tour, I spoke with Denis Leary for this Parade story about his return to cable (he’s writing and producing the new EMT sitcom Sirens for USA, and working on a comedy pilot for FX called Sex&Drugs&Rock&Roll), the neverending Ice Age franchise, his 25-year-long marriage and what public service job he might do a TV show about next:

“I don’t know. What’s left? I mean, the sanitation department? They say write what you know, and where I come from, my family was cops and firefighters. And the guys that weren’t were Teamsters and hockey players. My dream is to do a hockey show or a hockey movie. There’s a little bit of hockey in Rescue Me. To go to a rink every day and get paid to play hockey–or to pretend to play hockey–is my dream. But I’m getting to the age where it’s like, now I have to be the coach!”

Denis Leary’s Secret to Lasting Love: ‘I Married Up’ 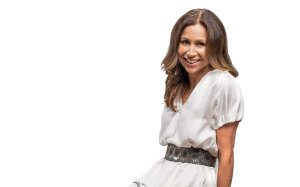 At Parade, I (not “Walter Scott”) spoke to Minnie Driver about her new NBC comedy About a Boy, motherhood and the demise of her fantastic FX series The Riches, which was canceled back in 2009. Here’s a portion of our chat, back at TCA winter press tour:

“It just kills me. It kills me, because ideas like that don’t come around very often. It was so good, that show. I still think it was the biggest mistake Fox ever made, canceling that show. It was [on hiatus] during the writers’ strike…[and] there was no support when we came back. Everybody had been watching reality television for nine months. When we came back on the air, there was no big campaign to remind people of our presence. I was nominated [for an Emmy and a Golden Globe] for that. I feel like it wasn’t a pile of rubbish that was meant to be discarded. It’s still galling to all of us.”