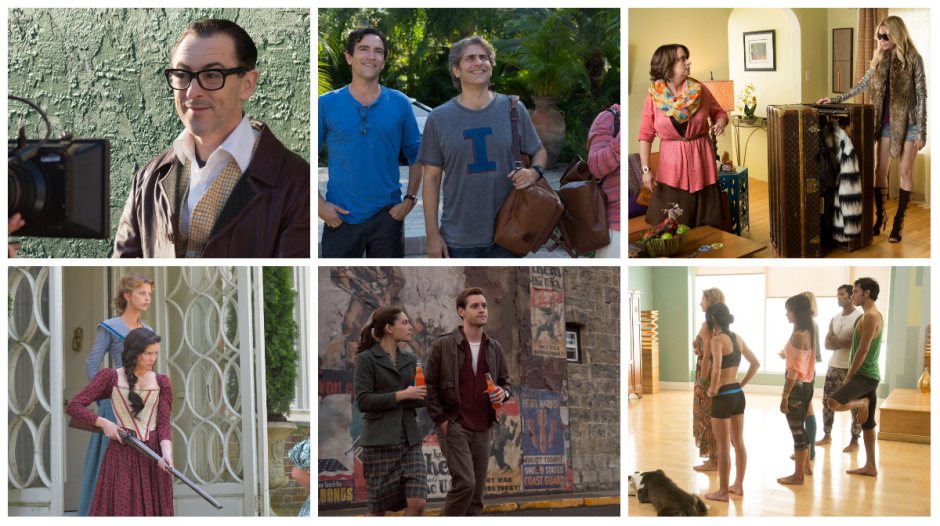 It’s been a huge week for Amazon Studios, between Transparent’s Golden Globes wins and the big coup signing Woody Allen to write and direct and new TV series. Now they are hoping to continue that momentum with its fourth round of pilots — 13 in all! — debuting today. At Quartz, I helped narrow the field to the four pilots you should watch, along with the one to avoid at all costs. Among my picks, The Man in the High Castle:

Like Amazon and Netflix’s best offerings, this one seems wholly unique, a show you won’t find anywhere else on television. Based on Philip K. Dick’s 1962 alternate history novel, this compelling drama imagines an alternate history in which the Allied Powers lost World War II. Twenty years later, the world has been divided among Japan and Germany, while a small resistance group continues to keep hope alive. Written by Frank Spotnitz (The X-Files) and executive produced by Ridley Scott, this is packing with stunning imagery, including American flags with a swastika in place of stars, and one scene involving what initially looks like snowflakes that haunted me for days.

While none of these pilots is at the level of Transparent yet (to be fair, few pilots emerge as fully realized as that one was), overall this is a much more ambitious and realized slate than the previous rounds, which should bode well for Amazon going forward.

But make sure to read my story before diving into the latest batch of pilots. After doing so many stories for Quartz, it was great to finally figure out a way to write a TV review for them!