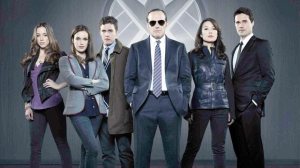 Last night’s leak of the Avengers: Age of Ultron trailer was bad news for Marvel’s Agents of S.H.I.E.L.D., which was supposed to debut the trailer during next Tuesday’s episode.  As I wrote at Quartz:

The leak eliminated what might have been Agents of S.H.I.E.L.D.’s last, best hope to win back at least part of its initial audience. Because once viewers check out of a show—as they did during the show’s rocky first season—they rarely return to give it a second chance.

Marvel finally gave in and…

The ‘Avengers 2’ trailer was supposed to save ‘Marvel’s Agents of S.H.I.E.L.D.’ Oops.