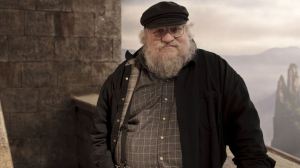 There’s nothing like earning 99 Emmy nominations to put a bounce in your step, and HBO was indeed in high spirits at TCA summer press tour. As I wrote at Quartz,

But the network is more concerned about keeping its subscribers happy, not Emmy voters. Speaking to reporters today at the Television Critics Association’s summer press tour, chairman and CEO Richard Plepler and HBO programming president Michael Lombardo unveiled their strategy to keep the premium network’s most popular shows rolling along—and their subscribers (114 million worldwide, which generated $4.9 billion in revenue last year, plus countless others who watch HBO Go via shared passwords)—eagerly coming back for more.

At the top of their list: making a plan for Game of Thrones, plotting Season 2 of True Detective, hoping out hope for more Curb Your Enthusiasm and giving closure to True Blood, Boardwalk Empire and The Newsroom.

HBO plots the future of ‘Game of Thrones,’ ‘True Detective’ and maybe even ‘Curb Your Enthusiasm’