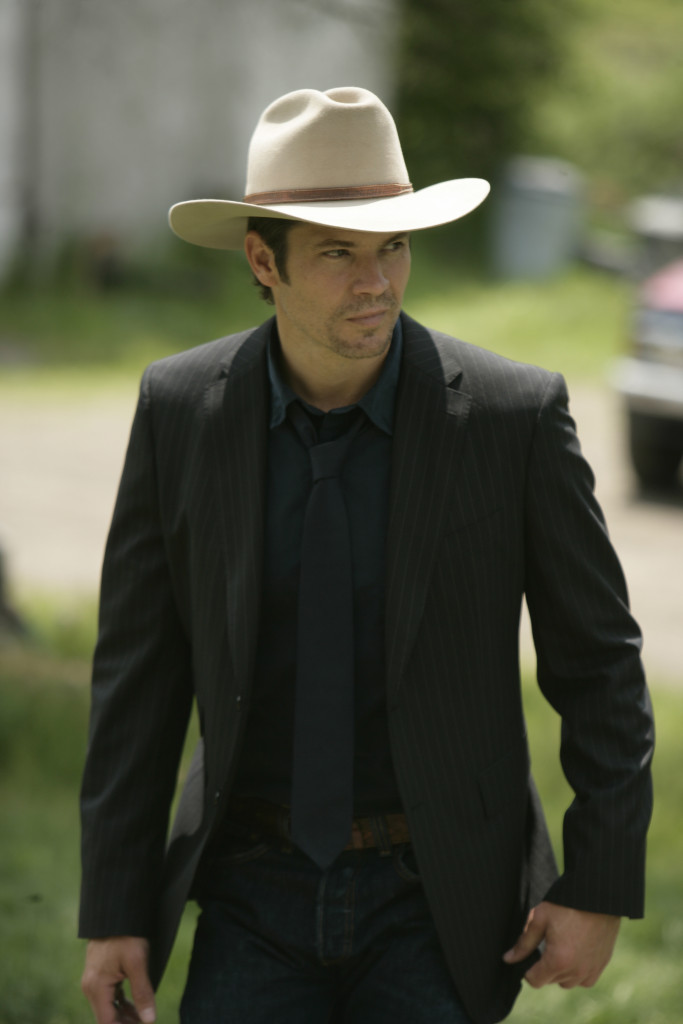 After six mostly-wondrous seasons, tonight it’s finally time for Deputy U.S. Marshal Raylan Givens to hang up his badge for good. It’s the series finale of the FX drama we all know and love, Lawman.

At least, that’s what we might all be saying today if Steven Seagal, of all people, hadn’t forced FX to execute an 11th hour title change for its new drama, based on an Elmore Leonard character, and come up with what turned out to be the perfect name for the series: Justified.

FX has announced the project as Lawman back in 2009, but the network renamed it in early 2010 to avoid a conflict with Steven Seagal: Lawman, a now-long-forgotten A&E reality series about Seagal’s work as a reserve deputy sheriff in Louisiana. The new title, Justified, was taken from a line in the pilot, in which Raylan’s new boss, Art Mullen, asks him about his quick-draw shooting of a mob hitman in Miami, which causes Raylan to be reassignment to Kentucky’s Harlan County. “It was justified,” says Raylan.

When I interviewed Justified creator Graham Yost earlier this year for my Daily Beast story about series finales (a story that is worth rereading before tonight’s Justified farewell), we also talked about the title that wasn’t, and how the show’s fate might have changed had it kept its original moniker.

Once FX decided on a name change, “we didn’t come up with Justified,” says Yost. “That was an FX idea and we went, ‘Okay, they like it; that’s fine.’ We couldn’t come up with anything better. The people who worked on The Shield hated that title at first. It was supposed to be called Rampart, and the LAPD basically said, ‘You will not get any help from us if that’s what you call it.’ So they came up with The Shield, and no one liked it. It became The Shield and Justified became Justified.”

Now, of course, there’s no question that Justified is far superior to the generic-sounding Lawman, which seems more appropriate for a CBS procedural. “There’s a slight question in the title, a little bit of irony, it’s the whole thing of Raylan’s story in that and so it’s great,” says Yost. “And Lawman is far more straightforward. There would have been great posters, and it might have gotten a bigger audience in some ways, or at least sampling it, but I don’t think it would’ve had the core people who really got into it.”

Then again, as Yost points out, the title might not have mattered much in the end, so long as the show itself was as compelling as Justified turned out to be: “It’s absolutely ridiculous to try and equate, but The Beatles is the most ridiculous name for a band,” he notes. “It was modeled on The Crickets, but all these associations go away.”

Farewell, Justified and/or Lawman. And — here’s a sentence no one has likely ever uttered before — thank you, Steven Seagal! 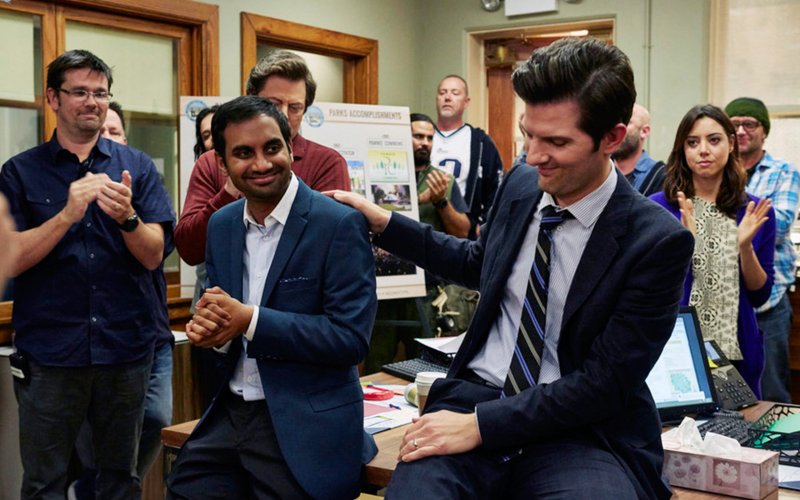 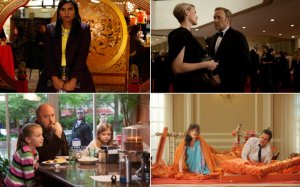 Well, I’ve never done this before! Today, I did my first quick-turnaround piece for The Daily Beast, as I reacted to today’s Emmy nominations. I focused on the Good (House of Cards, Top of the Lake, Louis CK), the Sad (Tatiana Maslany, The Americans) and the Ugly (The Good Wife). As I wrote about The Good Wife’s snub,

The broadcast networks’ last great hope for Emmy drama recognition fell even further out of favor with voters, as it was unable to claw its way back into the Outstanding Drama category, where it was shut out last year as well. Adding insult to injury, Juilanna Margulies, who won Lead Actress just two years ago, wasn’t nominated either.

I’m glad I had the opportunity to do an Emmy reaction piece, and can only hope that The Americans and Tatiana Maslany make it onto next year’s ballot instead… 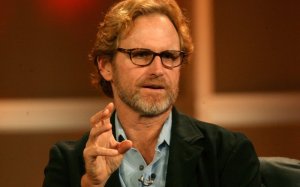 I’m back with this Daily Beast profile of another terrific character actor who is having a moment: Jere Burns, who is been kicking ass in the past year on three different shows: Justified, Burn Notice and now Bates Motel. As I wrote,

Burns is relishing his run of TV badassery. “The reality is that if you’re not a series regular, then the majority of these parts are bad guys,” he said. “Maybe I have a dark side … or maybe it’s just really fun. I’d rather play that guy than the dad, especially when you get the opportunity to play a guy with layers, where you get to bring some intelligence. There’s nothing more fun than a crazy, really smart guy.”

Burns speaks frankly about not appreciating his first brush with fame (when he broke out in the Judd Hirsch sitcom Dear John) and how Breaking Bad revived his career. It was another incredibly rewarding interview.