Step aside, TGIF and Must-See TV: branded nights of TV are back again, thanks to ABC’s #TGIT (Thank God It’s Thursday) and NBC’s #WomanCrushWednesday. As I wrote at Adweek:

Networks can’t resist cloning anything that’s a hit on television, whether that’s shows or campaigns. Given the success of both #TGIT and #WCW, they’re all likely brainstorming hashtag-friendly campaigns in an effort to brand as many other nights of TV as possible.

So I came up with 12 new TV hashtag campaigns I’d like to see, from #PTSD (Post-Traumatic Sports Delay) to #TGINTGIF (Thank God It’s Not TGIF) to #WhatsaHashtag (What’s a Hashtag? Mondays).

After #TGIT and #WCW, 12 New TV Hashtag Campaigns We’d Like to See 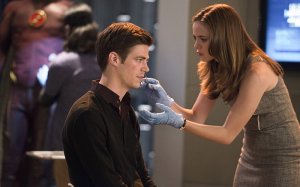