This was fun: I made my All Things Considered debut today, talking about the two Quartz stories I wrote on the Super Bowl ads (before and after). Thanks for the great chat, Audie Cornish!

If you missed the interview, you can listen to it here:

Or you can find it on NPR’s site here.

Nationwide Has a Hit and a Miss with Super Bowl Ads 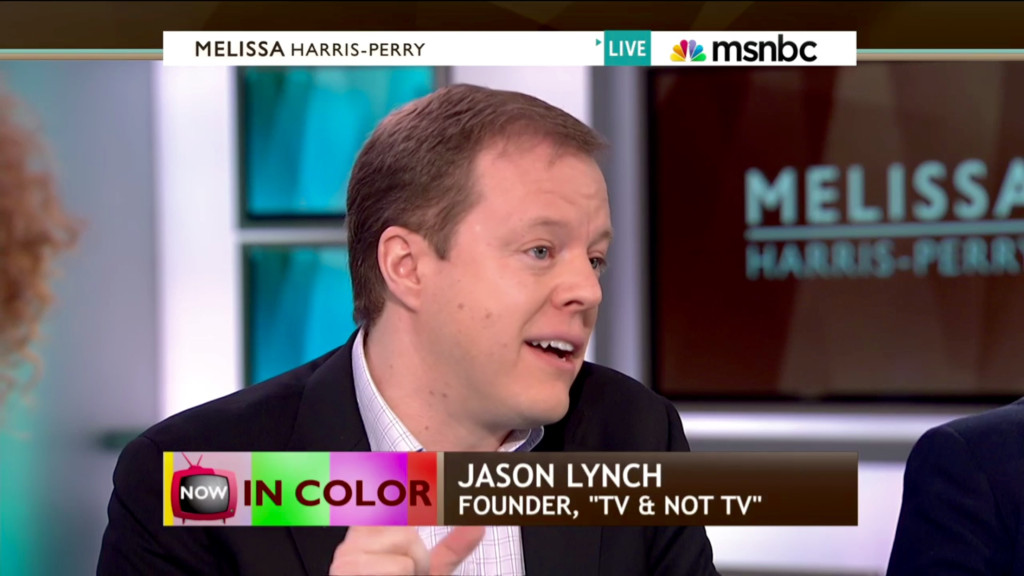 I returned to Melissa Harris-Perry today — my first ever Saturday appearance on the show — to talk about Empire and my Adweek story about the marketing campaign that helped turn it into a phenomenon, along with the return of Scandal. I always have a great time on the show — and loved being on a panel with Janet Mock and Joy Reid — but for me, the most exciting part was having TV & Not TV make its long-awaited TV debut: 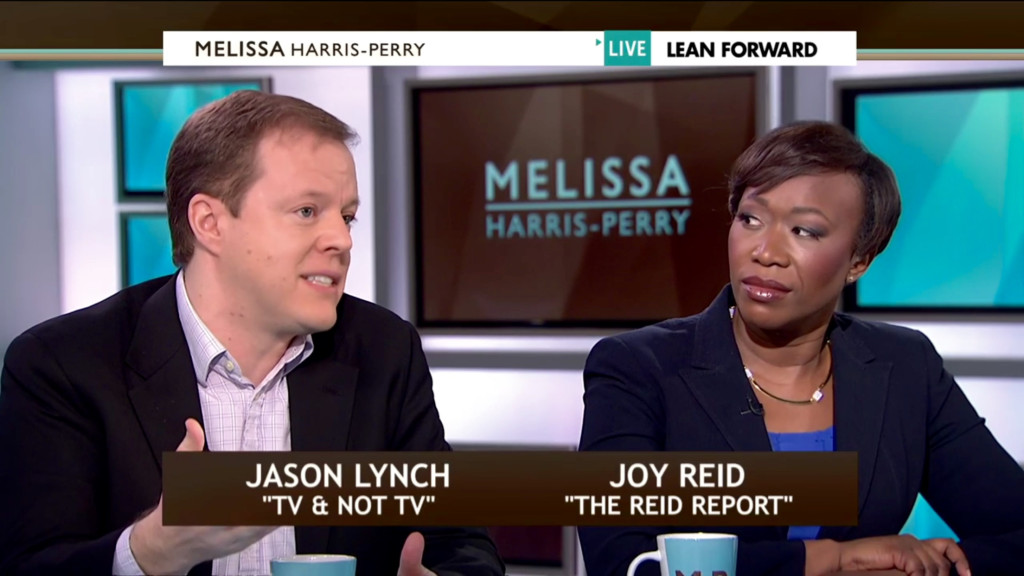 Woo hoo! Plus, this was also the first time I was credited onscreen as an Adweek contributor.

Here’s the first segment, which focused on Empire:

And here’s the second segment, where we discussed Scandal before pivoting back to Empire:

Why people are tuning in to watch Empire

The rise of Olivia Pope’s hair 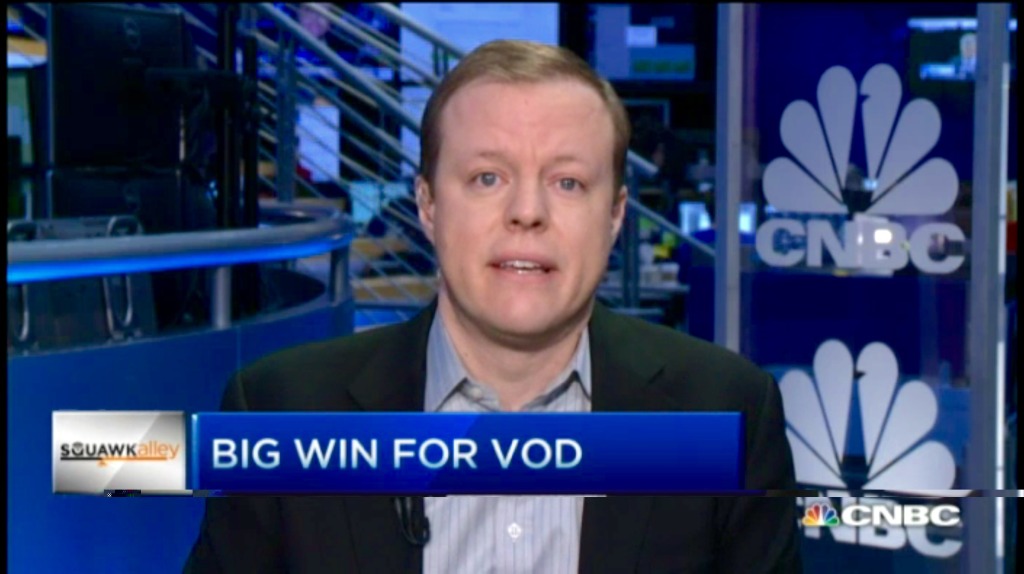 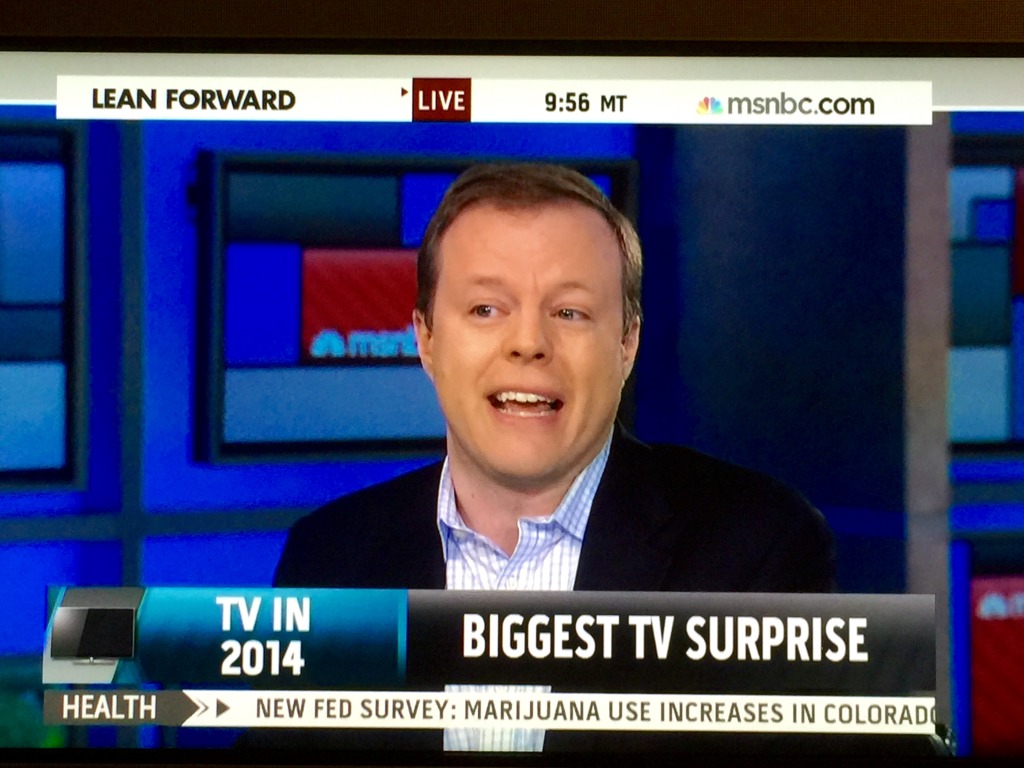 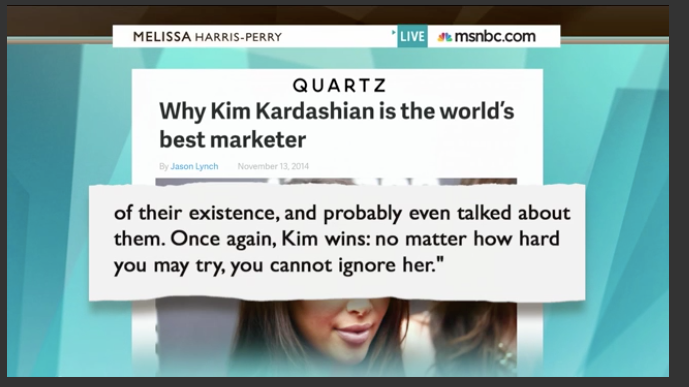 I appeared on Melissa Harris-Perry today — sort of. While she didn’t have me on as a guest this week, she did spend considerable time discussing my Quartz story on Kim Kardashian, and quoted it at length. Thanks for the shout-out, Melissa!

Why Kim Kardashian is Hard to Ignore